Feelings of love, the beginning song of all of Nelson's magic and talent. The first song written by Matt.

Feelings of love, the beginning song of all of Nelson's magic and talent. The first song written by Matt.

I made this video in honor of the song Feelings of Love, the first song written by Matt when he was just 11 years old. This song is amazing and brings in its lyrics a feeling of cute and genuine love. It's a song and very nice to listen to. In addition to already showing that their talent started very early. Matt, when making The Leading Voice, already showed a well-placed, tuned vocal that could reach high notes, a promising voice, which despite still being in development for being very young, already perceived in her a great talent. And years later, it just got better.

The information contained in the video about the song I retrieved

It would be interesting to see them redo this now.

Well anyway you got the lyrics from the one who wrote the song Matthew. No matter who sent them to you me or Liz you got them right.

I knew you wanted the lyrics too. You were even very kind going to look for the lyrics on your CD to give me. I really didn't know you asked Liz to ask Matt for the lyrics. ‍I think I got it wrong in the translator's translation, when we were talking about the lyrics in the group. Thank you for asking Liz.And that's good, thanks to all of you, and Matt's kindness, we have the lyrics to sing and sing a lot with them.

I thought I told you about the Japan CD I have it and no lyrics is on it so that is why she  asked Matt for them and he give it to her because I’m the one that wanted them and when she got them she gave them to me also.

Hi Erica, I’m the one that got the words for you with Matthew remember? Me and Liz well Liz got the right words for you. She DM him and asked him for the words and I sent them to you.

Hi, hope you're alright.Yeah, I sure remember you two. You even told me that you were going to look at the Japanese version of the CD, if it had the lyrics. And unfortunately it didn't. because I had put the lyrics in the video, but I wasn't sure if it was all right. Because I asked some friends of mine who know English to listen to the song several times and copy the lyrics for me. So Liz looks like she did a cameo with Matt and he sent the lyrics to her. Then she sent me the lyrics in private. And then I edited the video and put the lyrics she sent me. Because surely hers is the right one. After all, it was the composer himself who sent it to her. . I even wanted to know if she would accept me mentioning her name in the caption I wrote. She's the one who supplied me with the lyrics. But I couldn't find her private anymore. Girl, it took me almost two months to make the video, both looking for the old photos, but mainly because I wanted to put the lyrics of the song in the video, but I couldn't find it anywhere on the internet. Until the request I found went to ask friends to listen to the song and copy the lyrics. And then, I had so much faith that I would have the lyrics, that some time later it came from Matt's own hands, who gave it to Liz and she sent it to me.' 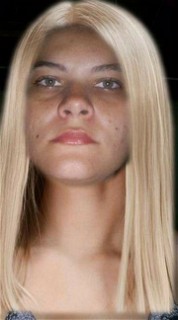